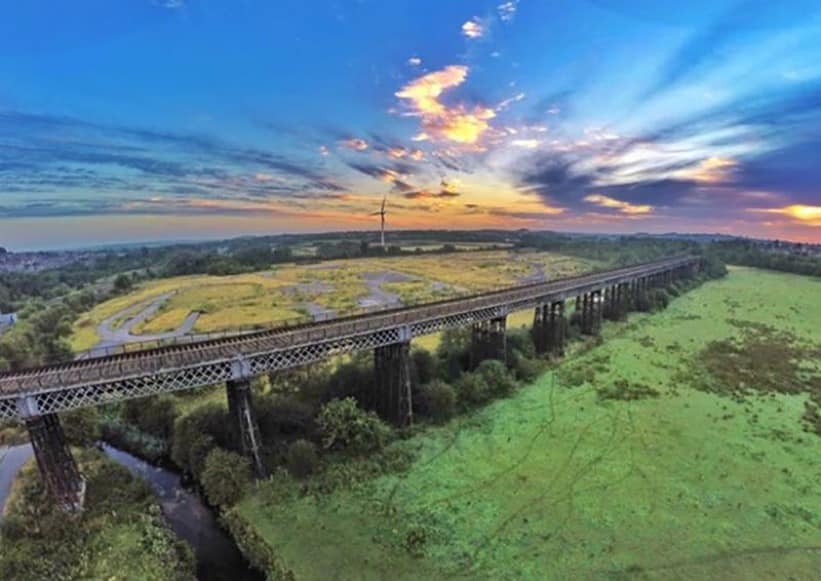 The Friends of Bennerley Viaduct are delighted to be able to offer a part-time post of Project Manager from 1st March 2022 for 2 years, to deliver a project (‘Bridging the Gap’) which is part-funded by the National Heritage Lottery Fund. The deadline for applications is Friday 28th January 2022.

The Project Manager will have overall day-to-day responsibility for managing the delivery of the project, and will report directly to the Chair of the FoBV and steering group. The successful applicant will chair regular project meetings and produce monthly progress reports for the various stakeholders.

Full details of the role, responsibilities, and the application and interview procedure can be found here. 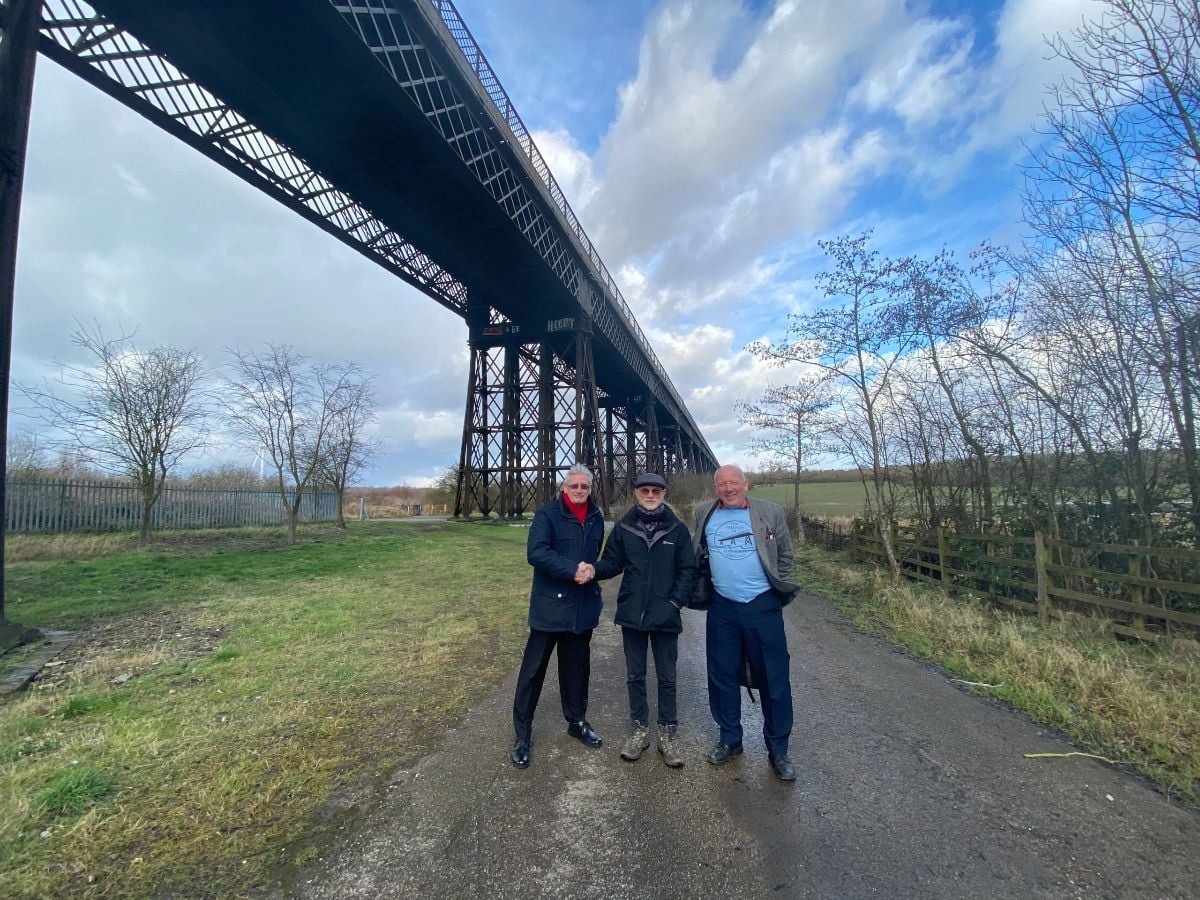 The Friends of Bennerley Viaduct thank the Erewash Partnership for supporting the project with Railway Paths Ltd to repair and re-open the “Iron Giant” for public use and enjoyment. The partnership made every effort to help the Friends take on a tenancy at Castledine House and to set up an office there.  As members of the Partnership the Friends now have access to a wide range of support and new opportunities for inter-trading and networking with other members.

Now that this first project nears completion the Partnership is helping the Friends to prepare for the future when they will have a bigger role in caring for the viaduct and welcoming the many visitors it will attract to the area.  The Friends of Bennerley Viaduct are pleased to be working with an organisation that shares its objective of bringing economic and social benefits to communities in Erewash. 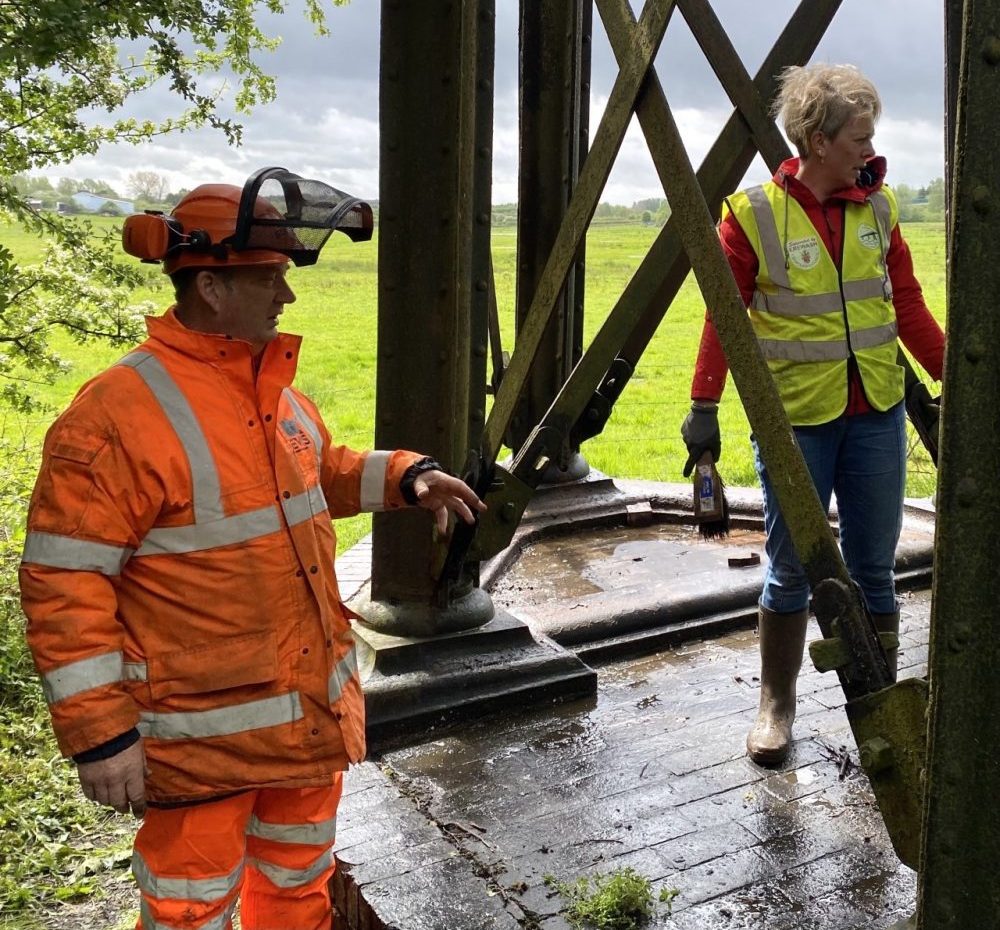 Heavy rain and blustery winds were not enough to stop the Friends of Bennerley Viaduct gathering under the Iron Giant on Friday 21 May for their first workday in many months. “They just couldn’t wait to get stuck in again,” says Kieran Lee, FoBV Community Engagement Officer. “Lockdown has been frustrating for all of us knowing that there is so much to do.” Fourteen volunteers turned up in the unseasonal weather for tasks including litter picking, sweeping up broken glass, cleaning the brick piers and generally tidying up the site. Ten bags of rubbish were collected during the session. The lifting of restrictions could not have come at a better time as a new “mini project” is about to start, not on the viaduct, but beneath it.

The strip of land under and to either side of the structure belongs to RPL, the viaduct’s owners and the Friends have always thought of it as part of the heritage of the site. The FoBV has been awarded a grant by Severn Trent from its Community Fund for an “Access to Nature” project to create safe public access to this area by building a path and boardwalk, installing gates and anti-motor cycle barriers. The path will connect Ilkeston footpath 11 (which goes from Awsworth Road and over therailway footbridge to the Erewash Canal towpath) to the steps which will be installed later this year at the eastern end of the viaduct. An area of degraded grassland 300m x 10m running along the south side of the viaduct will be fenced off and converted into a wild flower rich meadow. Each of the16 spans under the structure will be managed to create a mosaic of habitats which the path will pass through.

The project also includes the planting of a mixed species hedgerow and native trees including disease resistant elms, and the installation of bird, bat and insect boxes. Richard Bull who is supervising the volunteer work on the Severn Trent Project told Ilkeston Life that while some of the project will be carried out by contractors there will be plenty of jobs for volunteers. “And when the project is complete it will be managed entirely by our volunteers in the long term,” says Richard. “We’ve made a start today by making some​sections of the path more accessible by spreading wood chips.” Some months ago several Silver Birch trees on the old coal depot land to the north of the viaduct were cut down by persons unknown. The land belongs to Harworth Estates who kindly offered to chip the felled trees.

You can view more images of the day on our Facebook Page. 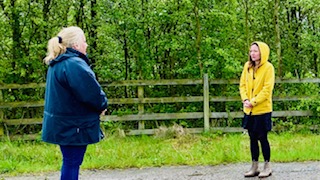 As we come out of lockdown, there has never been a better time to create a new public space and provide access to an area rich in nature. We are absolutely delighted that the Severn Trent Community Fund have agreed to fund our ‘Access to Nature project’ with an award of £23,949.  The project will take place between May 2021 and April 2022 and will include: 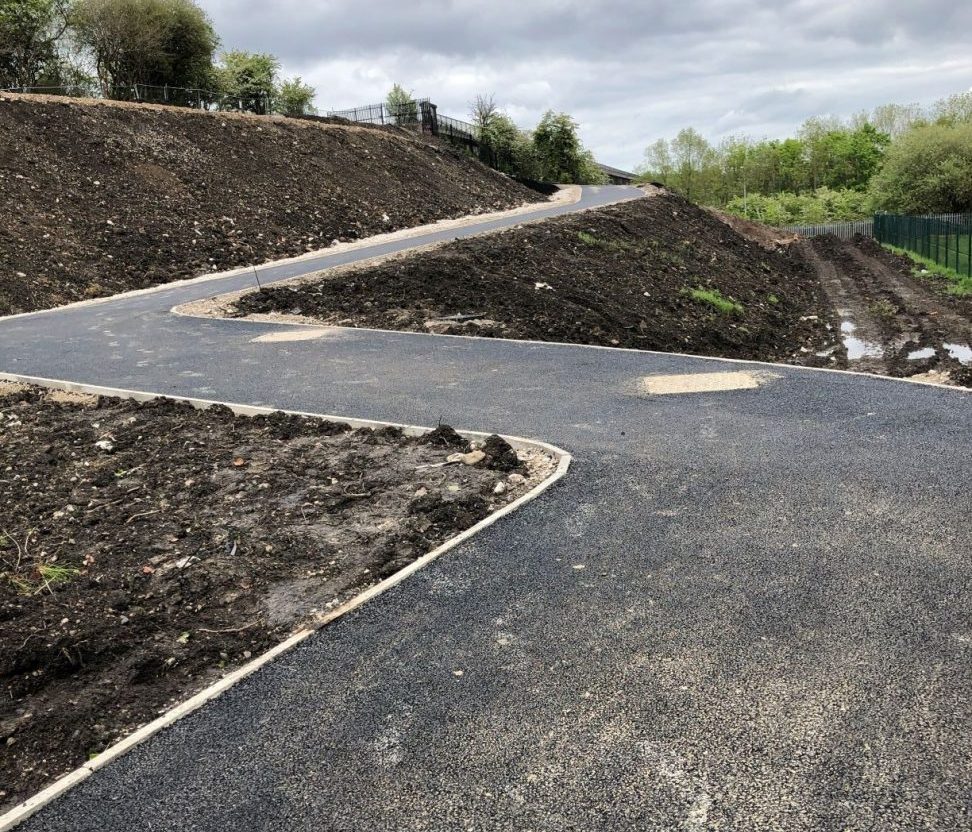 There is much excitement this week as we see the contractors laying the tarmac on the western ramp. A stone topping will be added later so that the path matches the canal towpath. This will, when finished, enable access for all abilities from the Erewash Canal towpath up to the viaduct deck.