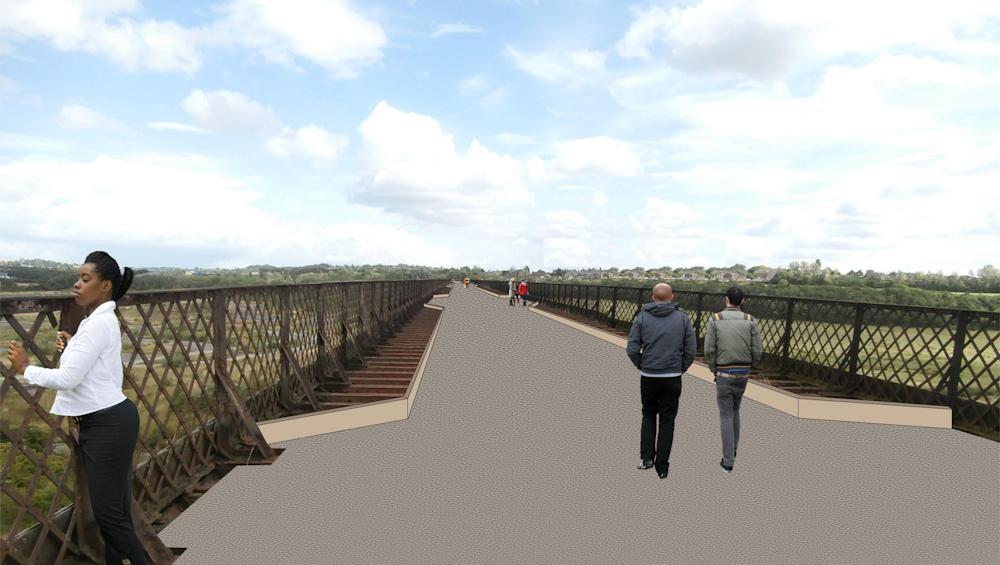 The repair and restoration works to the Viaduct have recently been completed, and works are currently ongoing to construct the new ramped path at the western end of the viaduct, which will enable access for all abilities from the Erewash Canal towpath up onto the viaduct deck.

Whilst much money has been raised for the project, there remained a large funding shortfall to enable the new deck walkway to be installed. More funding is still needed but the boost from the Railway Heritage Trust means that this essential phase of the project is within reach. Completion of this would finally allow the re-opening of the viaduct for the public to use and enjoy.

The Railway Heritage Trust have already generously provided £280,000 towards the project. This additional grant takes their total funding to £410,000. Their Executive Director Andy Savage said “We have been involved in trying to restore Bennerley Viaduct ever since we started giving grants, back in 1985.  We are delighted to see the project finally approaching completion, nearly four decades later.  Our thanks to Railway Paths and The Friends of Bennerley Viaduct for sticking with this iconic structure through thick and thin.”

Railway Paths, the owners of the viaduct, were equally delighted at the funding boost. David Pemberton, Railway Paths’ Director of Operations, said “We thank the Railway Heritage Trust for its unparalleled commitment to reopening Bennerley Viaduct. Their donation means the deck is now three-quarters funded, and the project as a whole is tantalisingly close to completion.”