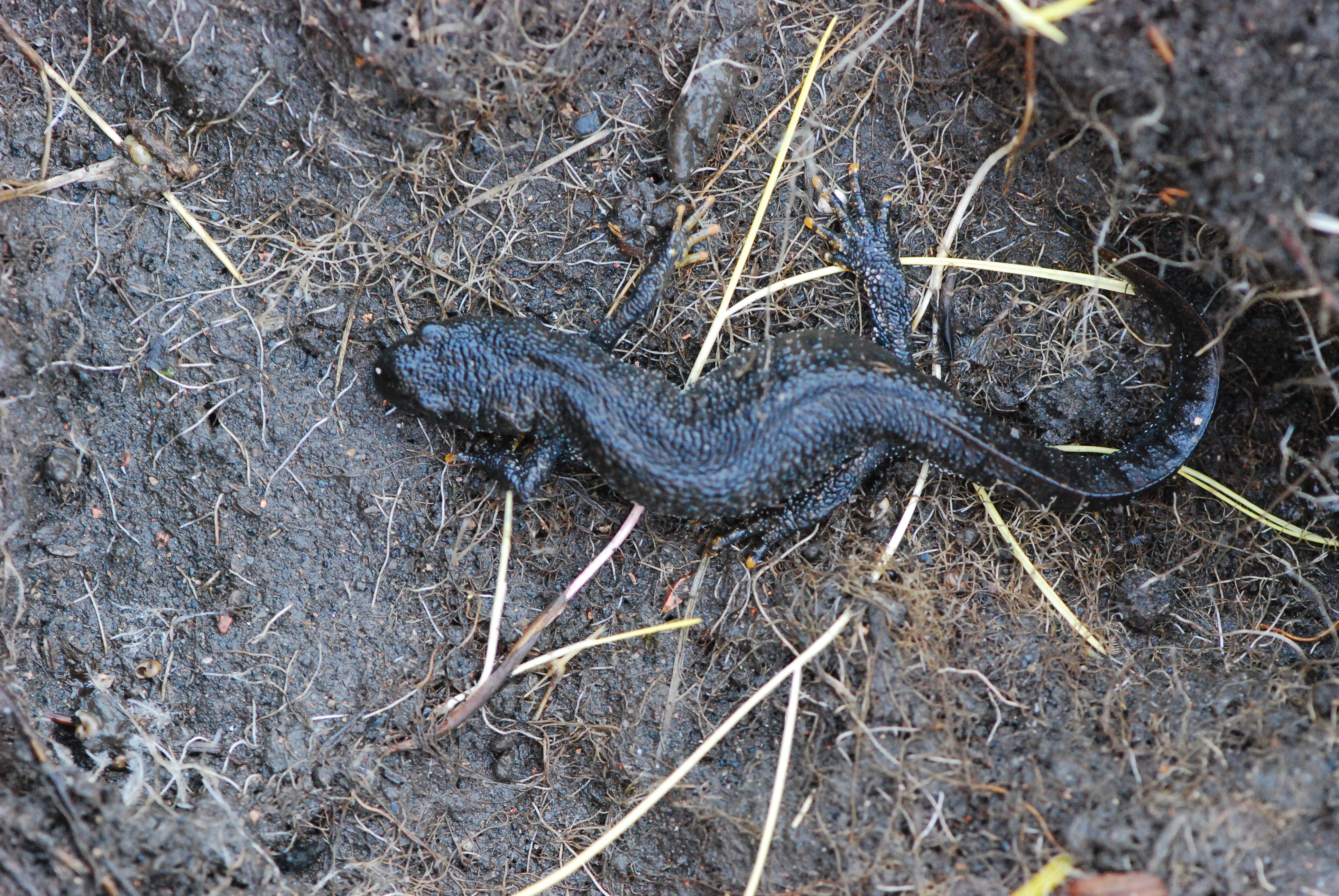 Best of Both Worlds

The amphibious Great Crested Newt spends most of its life on land, so protecting terrestrial habitat is just as important as conserving water sources. They like hedgerows and boggy grassland where they can hunt for invertebrates in summer and autumn, and safe hidden spaces to lie dormant during the winter. It is not full hibernation, but newts will seek out a muddy bank or compost heap to wait out the colder months. The conditions at Bennerley Viaduct are ideal for Great Crested Newts

When the temperature rises at the start of spring, the male grows his eponymous great crest which signals the beginning of the breeding season. From April to May male Great Crested Newts ‘dance’ using their impressive tails to waft pheromones to entice females. The great crest is then re-absorbed by the male after mating season ends.

Female newts lay around 200 eggs. Each individual egg is then meticulously wrapped in a carefully chosen pond plant leaf. The tadpoles will then spend around 4 months in the water before their ‘metamorphosis’ into 7cm newtlets.

One of a kind

Each Great Crested Newt has a unique pattern of black spots on their orange underbelly, which helps scientists to track their movements. They can easily be distinguished from palmate, and smooth newts, as unlike our other natives they have textured skin and a warty appearance.

The tadpole of the Great Crested Newt will feed on just about anything they can find, including insect larvae, frog and toad tadpoles. As adults, they are even more voracious and will eat juvenile newts and feast on frogspawn. Newt tadpoles are predated on by great diving beetles and fish. If they make it to adulthood, they develop the ability to secrete toxic chemical in their skin to protecting them from predators.

What’s in a name?

A juvenile newly metamorphosed newt is called an newtlet or eft, from the Old English name for the species ewt. The Great Crested Newt’s Latin name Triturus Cristatus comes from the Greek God Triton, son of Poseidon and his Tritons, the satyrs of the sea.

Shakespeare’s witches in Macbeth famously required “Eye of newt, and toe of frog” to stir into their bubbling cauldron. There is some debate as to whether this is a reference to the amphibian’s body part or a colloquial herbalist’s term for mustard seeds.

Great Crested Newts are very particular in their requirements, and will travel up to 1 km to find the right pond. So if they are present in an area it’s a great indicator of the health of a water source. The water in the settlement lagoons and the expanse of land under the viaduct and on the old coal plant makes Bennerley a haven for newts.

(This article was adapted from the Wildlife Trust’s website)