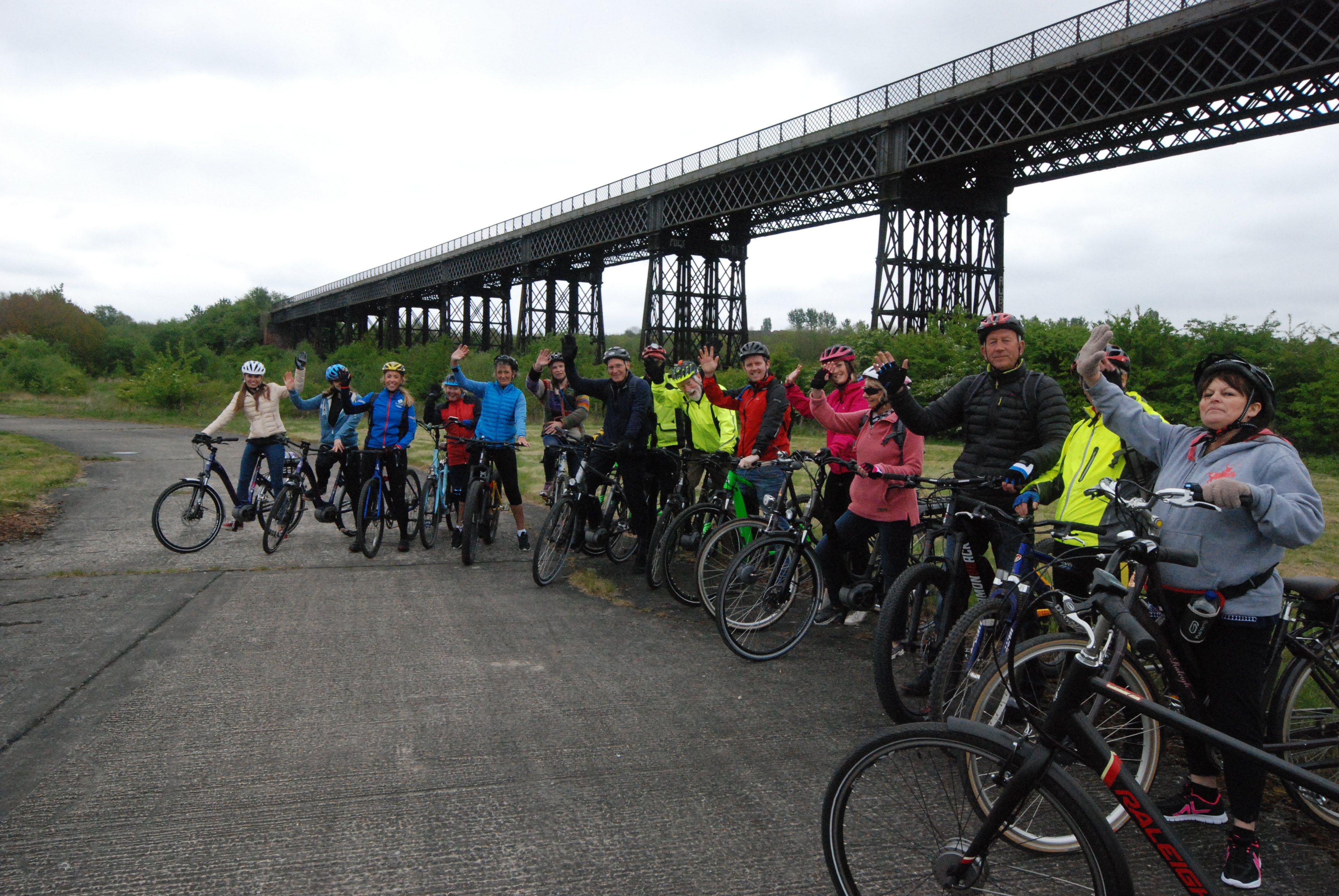 On the weekend of May 6th and 7th, over sixty cyclists took part in this historic event with Raleigh providing a fleet  of the art electric bikes. People came from as far afield as Manchester and Crewe for the event where groups pedalled on  the Erewash Valley Trail from the Raleigh HQ in Eastwood to Bennerley Viaduct. Riding through this part of D.H.Lawrence country on the e bikes was an absolute joy for all involved.

The event put bikes and Bennerley together and the event widened the number of people who  learned about Bennerley Viaduct and the exciting plans for it. One lady on completing the trip to the viaduct said it was the best couple of hours that she had spent in years.

We hope to run further events  with Raleigh and hopefully, we will be able to ride across the deck of the viaduct in the not too distant future.